Animal-Mama is a veterinary clinic providing health care to pet owners in Cambodia. The profits from this business go towards two things. First, helping homeless animals in Cambodia with medical treatment. Second, spreading information in the country about animal welfare.

Recently, Animal Mama founder Julia Khouri received a message from about a local food delivery app. It listed many restaurants involved in the dog meat trade. Since Animal Mama is invested in so many dog rescue operations, this was an upsetting discovery. 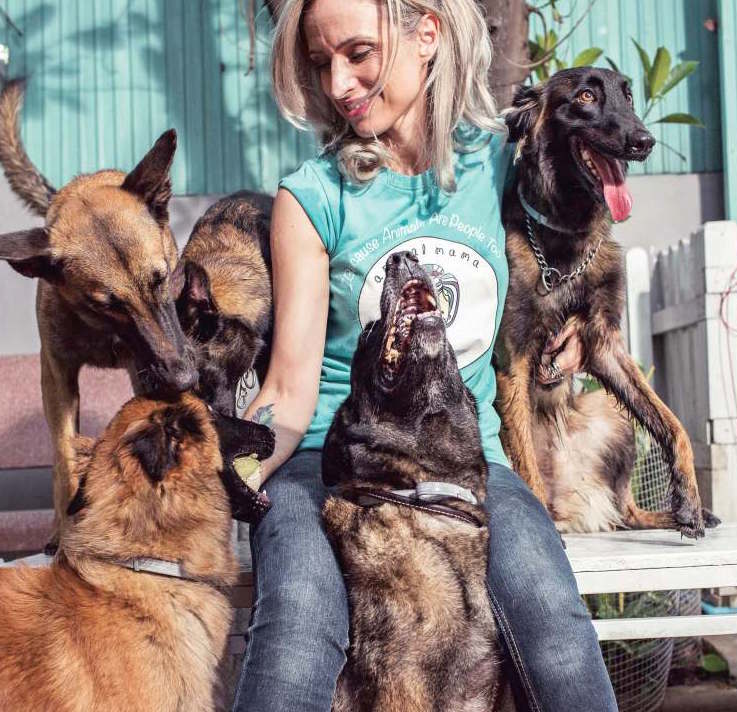 The Dog Meat Trade in Cambodia The app in question listed a number of dog meat dishes, which are not actually very popular in Cambodia. Although there are no official records, this article suggests that the habit of eating dog and cat meat came to Cambodia from Vietnam during the war torn 1970s. At the time, dog and cat meat provided the only source of protein for many locals.

Once the war ended, the habit of eating dog and cat meat never really caught on in Cambodia. Conversely, eating dog meat is common in China, South Korea and Vietnam. In Cambodia, most dog meat restaurants often target tourists from those countries.

What’s the problem with dog meat?

The consumption of dog meat is unethical and unhealthy. In 2018, Hanoi’s People’s Committee released a statement to dissuade locals from eating dog meat. Their premise was that the practice of eating dog and cat meat was cruel and left a bad impression on tourists. In addition, their statement pointed out the possibilities of disease that could affect people who eat infected meat.

Indeed, most dogs in slaughterhouses are malnourished and riddled with parasites. On Cambodian streets, many dog catchers use poison traps to snag their prey. When dogs eat poison, that can often remain in the meat and harm the person eating it. In 2015, five Cambodians died after eating the body of a dog killed under ‘mysterious circumstances.’ How the issue was resolved

Of course, Animal Mama is staunchly against the practice of eating dog meat. Thus, when Julia’s friend passed along the info about the restaurant app promoting dog meat restaurants, she posted angrily on Facebook. Iain’s post was noticed by Lee Fox-Smith, another animal welfare activist. He and his team translated Julia’s concern into Khmer and then shared on their own Facebook networks. Within 24 hours, the app’s rating went from 5 stars to 1.4 stars. Both Cambodians and expats flocked to the app to voice their displeasure. The makers of the app were contacted and both sides began working on a solution. Ultimately, it took a chain of people collaborating proactively to achieve change.

This is just a small example of how the Animal Mama team works to further the ideals of animal welfare in Cambodia. Aside from running a clinic, they organize numerous pet rescue operations on the streets of Cambodia. They also spread awareness about animal welfare. They interact with the public using Facebook, events and other forms of community outreach.

Interested in helping the Animal Mama initiative? Donate to the cause using the donation button.

This article was produced by ArdorSEO, a vegan marketing agency based in Saigon, Vietnam. This issue is dear to our hearts, which is why we’re supporting the Animal Mama initiative.

Want to get involved? Do you have a vegan, sustainable or ethical business online? Join us today for FREE digital marketing support.